Use of Race in Clinical Diagnosis and Decision Making: Overview and Implications – Kaiser Family Foundation – DC Initiative on Racial Equity
Skip to content Skip to footer 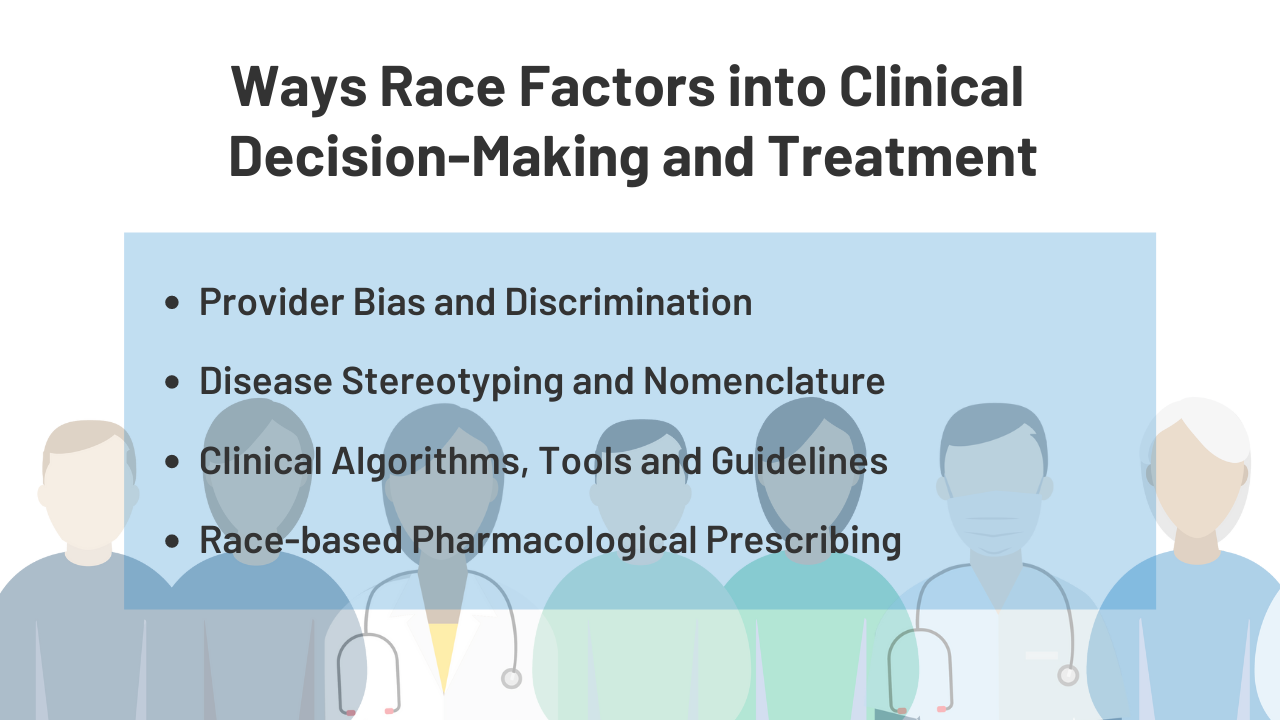 Despite race being a socio-political system of categorization without a biologic basis, race has historically and continues to play a role in medical teaching and clinical decision making within health care. Race permeates clinical decision making and treatment in multiple ways, including: (1) through providers’ attitudes and implicit biases, (2) disease stereotyping and clinical nomenclature, and (3) clinical algorithms, tools, and treatment guidelines. While some diseases have higher prevalence among individuals with certain genetic ancestry, genetic ancestry is poorly correlated with commonly used social racial categories. The use of race to inform clinical diagnoses and decision making may reinforce disproven notions of race as a biological construct and contribute to ongoing racial disparities in health and health care. This brief provides an overview of the role of race in clinical care and discusses the implications for health and health care disparities and efforts to advance health equity.

Background: Use of Race to Explain Health Differences

Despite there being no biologic basis to race, the medical and scientific community have used race to explain differences in disease prevalence and outcomes. The Western concept of race arose as a system of hierarchical human categorization to support European colonialization, oppression, and discrimination of non-European groups. Within U.S. medical curricula, the concept of race led to theories of biological inferiority of people of color and White supremacy, which fueled an array of atrocities in medicine including forced sterilization efforts targeting Black and Native American women, the use of Henrietta Lacks’ cells for scientific research without consent or acknowledgement, and the infamous Tuskegee Syphilis study, among others. Although research has since disproven the existence of universal biologic differences by race, some recent scientific studies continue to suggest that genetic differences between racial groups may explain differences in health outcomes. For example, an article published in 2020 originally suggested that unknown or unmeasured genetic or biological factors may be contributing to increased severity of COVID-19 illness among Black people, although the article was later revised to clarify that the difference is most likely explained by societal factors. Recent research further suggests that measures of demographic characteristics and socioeconomic position may be more effective than genetic characteristics in explaining disparities in cardiovascular disease between Black and White adults.

There have been growing calls against using race as a factor to explain health differences without acknowledging the role of racism. Contemporary science has demonstrated that race is a social category with no basis in biology. Race is a poor proxy for genetic ancestry and large genetic studies have demonstrated more variation within defined racial groups (intra-racially) than there are between different racial groups (inter-racially). Within the medical and scientific community, there have been longstanding critiques of using racial classifications in diagnosis and treatment of disease. Recently, there have been calls for research studies and guidance in the medical community to name and examine the role of racism versus race as a key driver of health inequities to avoid perpetuating disproven understandings of biologic differences by race.

Although race is not tied to biologic differences, understanding differences in health and health care by race and ethnicity remains important for identifying and addressing disparities in health and health care that stem from racism and social and economic inequities. Complete and accurate race and ethnicity data is key for identifying disparities and taking action to address them. However, there are longstanding gaps and limitations in racial and ethnic data within health care. In addition to deficiencies in survey and administrative data, many institutions report gaps in electronic health record (EHR) data on race, with substantial misclassification of self-reported race and preferred language. The largest discrepancies between EHR demographic data and self-reported data are among individuals who identify as Hispanic.

Race in Clinical Decision-Making and Treatment

A significant and longstanding body of research suggests that provider and institutional bias and discrimination are drivers of racial disparities in health, contributing to racial differences in diagnosis, prognosis, and treatment decisions. Prior work suggests that providers historically were more likely to perceive individual patient factors rather than provider or health system influences as causes for health disparities. For example, studies have found that providers view Black patients as less cooperative with medical treatment and that providers associate Hispanic patients with noncompliance and risky behavior. A 2015 systematic review of published studies showed that most health care providers appear to have implicit bias in terms of positive attitudes towards White

Ontario “on the verge of enforcing Critical Race Theory in all schools” – Todayville.com 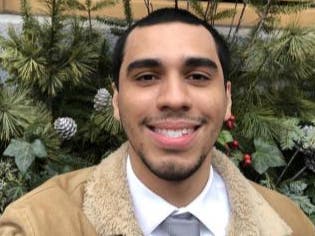