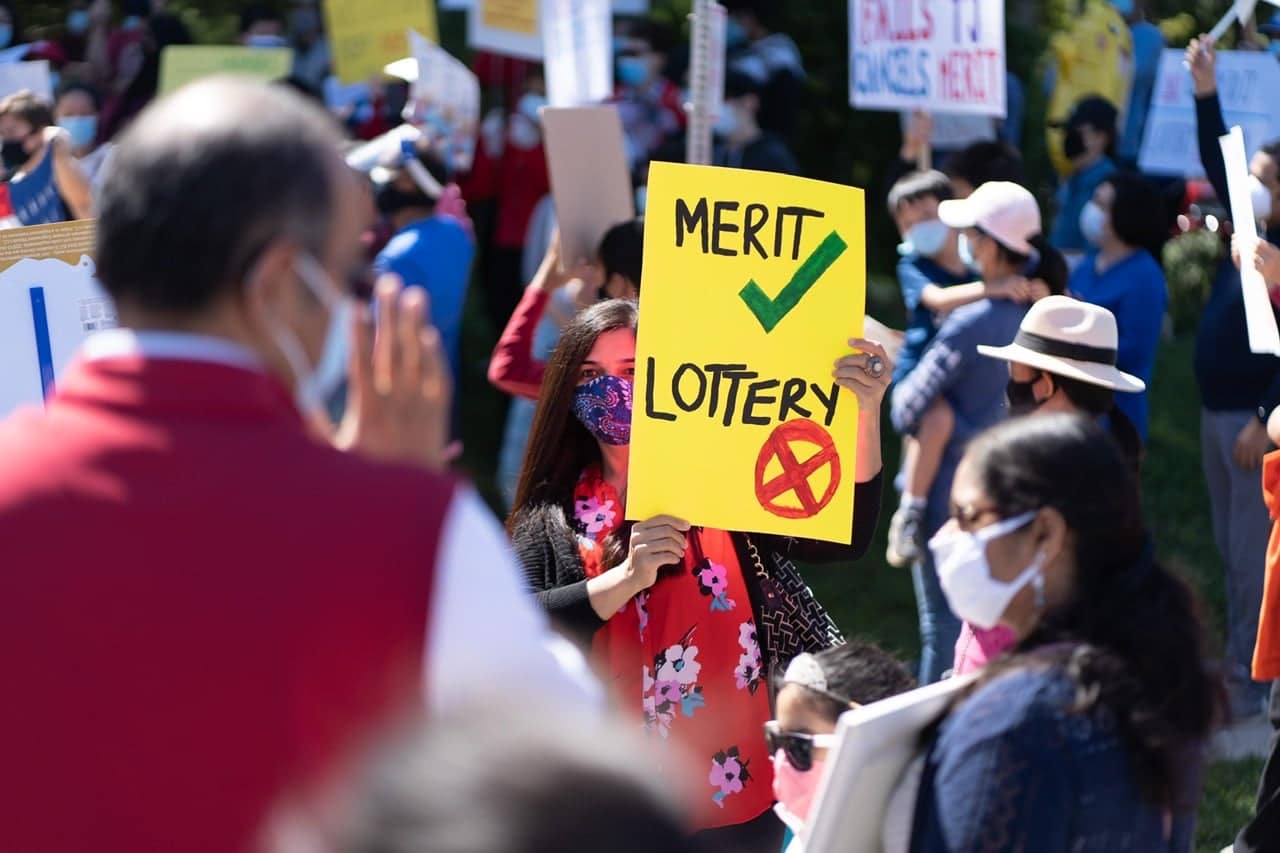 The large auditorium was mostly empty when the Fairfax County School Board held its public hearing in May. Schools had been closed for much of the school year and Fairfax’s indoor mask mandate was still in effect. Seven board members sat six feet apart at a thin crescent table.

Standing opposite them was a mother named Asra Q. Nomani, whose son was a student at Thomas Jefferson High School for Science and Technology. Asra was wearing her mask, but it could not hide her frustration.

“The principal at our high school told us that our mostly minority students and parents had to check their privileges,” Asra, an Indian immigrant, told the board. Then she started to point to board members and call them out by name: “You”—she pointed to a woman—“told us that we were toxic.” Another woman, Asra said, had suggested that families of Thomas Jefferson students were racist. And, most importantly: “Every single one of you voted to remove the merit-based, race-blind admissions test.”

Meanwhile, she said, “Our students were told that if they do salsa dancing it amounts to cultural appropriation, and that they needed to check their racism. And that is our mostly minority, mostly Asian students.”

She was just getting started on her long list of complaints when she was brusquely cut off: “Your time is up ma’am! Your time is EXPIRED. Next speaker.”

The anger in the chair’s voice betrayed the real issue. Asra wasn’t merely running long on her allotted three minutes. She was revealing controversial school board actions many parents weren’t aware of, and the viral clip that emerged would set off a national movement.

Asra got in one last shot as the chair belittled her. “Yes, you continue to shut us down, because that’s what you love to do.”

Parents like Asra Nomani are treated like criminals when they push back against activist school boards. In September, the National School Boards Association sent a letter to President Biden suggesting such parents should be considered domestic terrorists under federal law.

But for Asra, what’s at stake is too important to keep quiet.

An Indian immigrant who came to the U.S. when she was four years old, Asra is a self-described patriot. Her family immigrated here because the United States