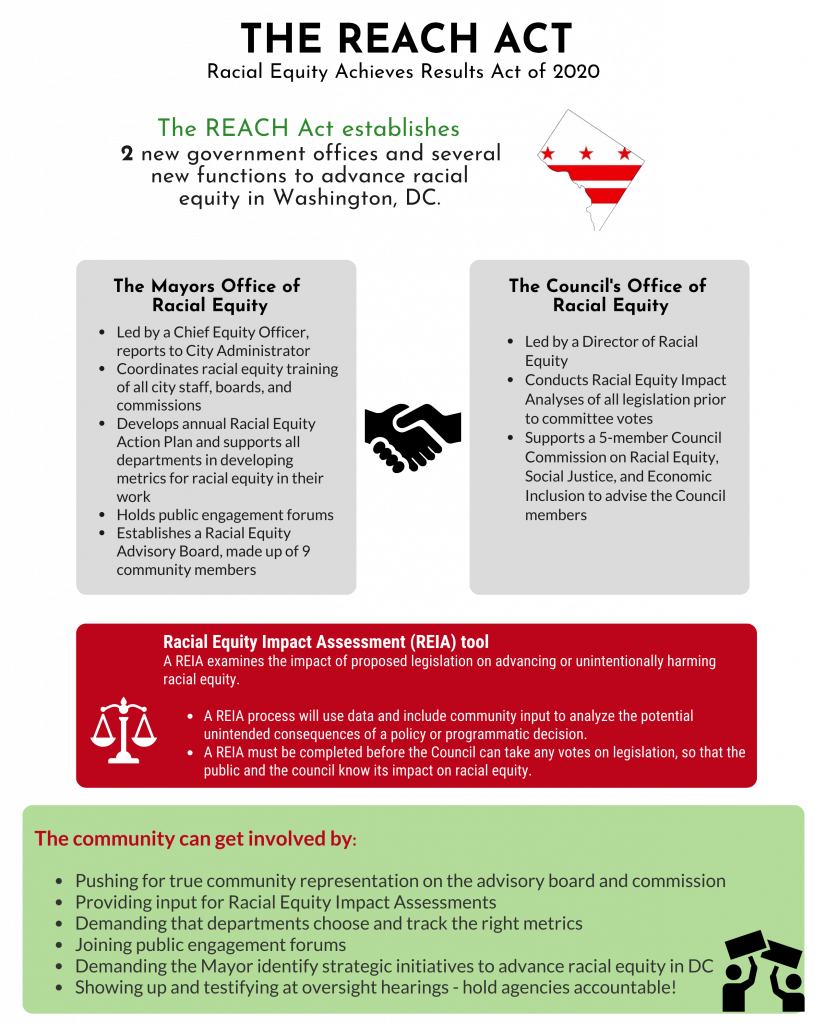 The DC Initiative played a major role in crafting, passing and enacting the REACH Act, a potentially transformational bill that was introduced in March of 2019. When the REACH (then REAR) Act was introduced, our partners quickly analyzed the bill, developed a platform of needed changes to improve it, developed a sign-on letter, and mobilized approximately 100 community members to testify at the hearing in April. After the public hearing, a subgroup of DC Initiative supporters worked with Council staff to modify the bill to meet the Initiative’s platform demands. Once the REACH Act was introduced to the Committee of the Whole, we negotiated directly with Chairman Mendelson to modify the language further, battling back against many of his proposed changes that would have harmed the integrity of the bill. In particular, we pushed to ensure a robust community engagement process to be required through the bill.

Throughout the legislative process, the DC Initiative engaged and included our supporter network, sought and reached consensus among our base, and ensured that the final bill would be something the whole group could endorse. The bill passed unanimously in the fall of 2020 and was enacted immediately.

The DC Initiative is currently immersed in ensuring a successful implementation of the REACH Act, pushing the council and the Mayor’s administration to live up to the highest ideals of the legislation and providing feedback and input in multiple public discussions. We have cultivated strong collaborative relationships with the Council’s Office of Racial Equity and the Mayor’s Office of Racial Equity to support both formal and informal partnership for the act to be a success.

Together we can make racial justice a reality