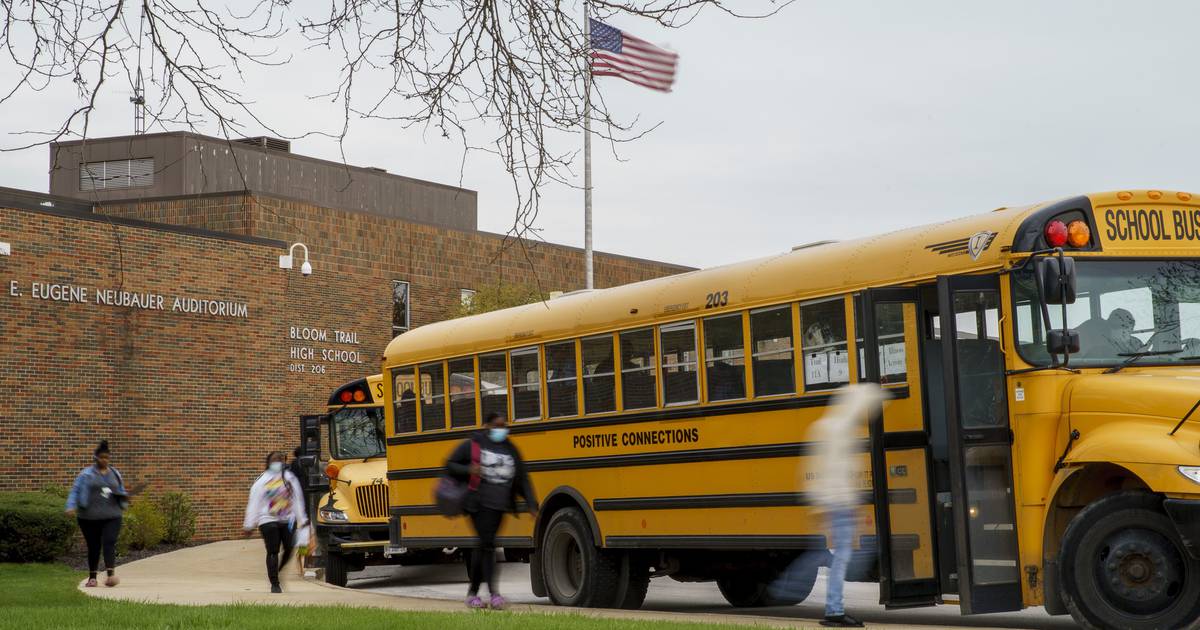 At Bloom Trail High School in Chicago’s south suburbs, the student body is diverse: About 60% of the 1,100 students are Black or multiracial. Another 27% are Latino. And 12% are white.

But when you look at the group of students who get ticketed for misbehavior at school, the diversity vanishes.

Police, in cooperation with school officials, have written 178 tickets at the school in Steger since the start of the 2018-19 school year. School district records show that six went to Latino students. Five went to white students. And 167 went to Black or multiracial students — 94% of the total.

Such racial disparities in ticketing are part of a pattern at schools across the state, an investigation by ProPublica and the Chicago Tribune has found. In the schools and districts examined, an analysis indicated that Black students were twice as likely to be ticketed as their white peers.

Reporters set out to analyze police ticketing in nearly 200 districts throughout Illinois, which together enroll most of the state’s high school students. Most local officials either did not specify race on tickets or refused to provide the information, but the news organizations obtained documentation of the race of students for about 4,000 tickets issued at schools in 68 districts.

After excluding places where ticketing was rare, schools in 42 districts remained, representing more than one-fifth of the state’s high school students. The analysis found that about 9% of those students are Black but nearly 20% of tickets went to Black students.

Analyzing tickets received by members of other racial or ethnic groups is more difficult, in part because the Tribune and ProPublica identified anomalies in the way school districts and police recorded information about white and Latino students. But students in those groups don’t appear to have been ticketed at high rates compared to their share of school enrollment.

Student ticketing in Illinois, or any other state, has never been examined on this scale. In fact, while Illinois officials have focused on whether schools are suspending or expelling Black students in unequal ways, they have not monitored police ticketing at schools. Neither has the division of the U.S. Department of Education that oversees civil rights issues.

The first installment of the Tribune-ProPublica investigation “The Price Kids Pay” detailed how student ticketing flouts a state law meant to prevent schools from using fines to discipline students. The investigation, which was based on school and municipal records from across the state, documented at least 11,800 tickets during the past three school years. It found that schools often involve police in minor incidents, resulting in harsh fines, debt for students and families and records that can follow children into adulthood.

In response, Illinois’ top education official told school leaders to “immediately stop and consider both the cost and the consequences of these fines,” and Gov. J.B. Pritzker said conversations already were underway with legislators “to make sure that this doesn’t happen anywhere in the state of Illinois.”

Illinois lawmakers tried in the past to pass legislation that would require school districts to collect and share student race and ethnicity data compiled by police when they intervene at schools for all types of disciplinary reasons, including such minor offenses as tobacco possession, tardiness or insubordination. But those efforts have stalled.

“If these tickets are being issued disproportionately to people of color, we need to address that. That can create larger problems for students of color, problems that we’ve become accustomed to for far too long,” Welch said in an interview.

The U.S. Department of Education collects data nationally in alternate years about the race of students referred to and arrested by police. But it didn’t do so during the 2019-20 school year, when in-person learning was interrupted by the pandemic. In 2017-18, the most recent year data was collected, Illinois stood out for the gap between the percentage of students who are Black and the percentage of students referred to the police who are Black. No other state had a bigger disparity.

In response to similar data on expulsions and suspensions, the state last fall put a group of districts including Bloom Township High School District 206 on notice to reform how they handle discipline.

In an emailed response to reporters’ questions, district officials said they were concerned about the racial disparities in ticketing identified at Bloom Trail. The district’s response asserted that Black students and white students receive the same consequences for the same offenses and that the school has been affected by “a rise in violent crime and gang activity” in the communities the school serves.

Officials at Bloom Trail, which employs security guards to work inside the school, call Steger police when there is a fight that school officials think warrants a citation. Police bring the students’ tickets to the school, and officials give them to the students or their parents.

[ Do police give students tickets in your school district? Find out here ]

Greg Horak, Bloom Township’s director of climate, described the citations as a supplement to school discipline. “Dealing with the police, we hope this shows parents that this is a very serious situation,” Horak said in an interview.

Rodney and Elizabeth Posley, whose sons Josiah and Jeremiah attend Bloom Trail, didn’t realize students could get ticketed by police until it happened to their children in the fall. They said the boys were treated too harshly after they were part of a school fight that got out of hand.

The brothers were suspended and ticketed for disorderly conduct, and one was threatened with expulsion — extreme measures, Elizabeth Posley said, for teenage mistakes. The Posleys enlisted the help of a lawyer, their church and school employees to advocate 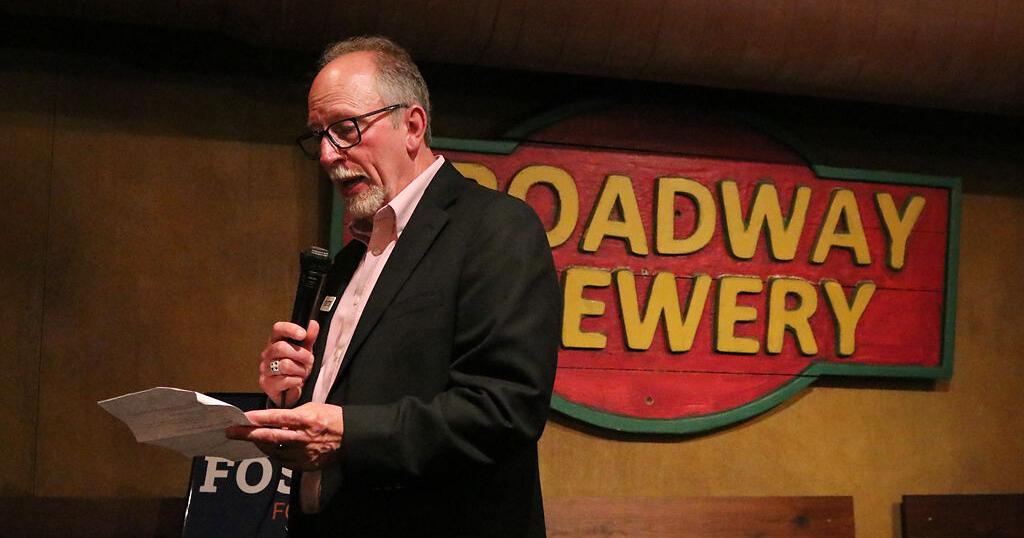 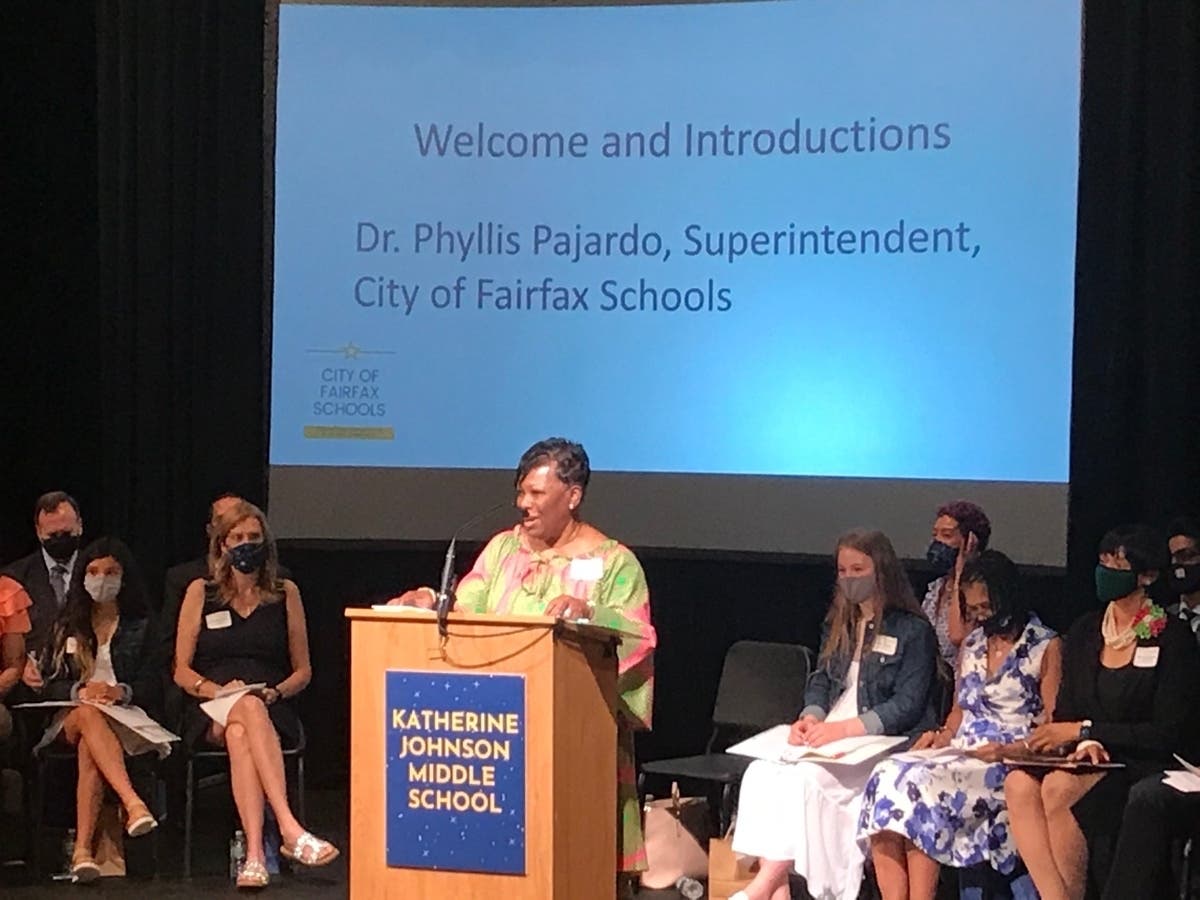