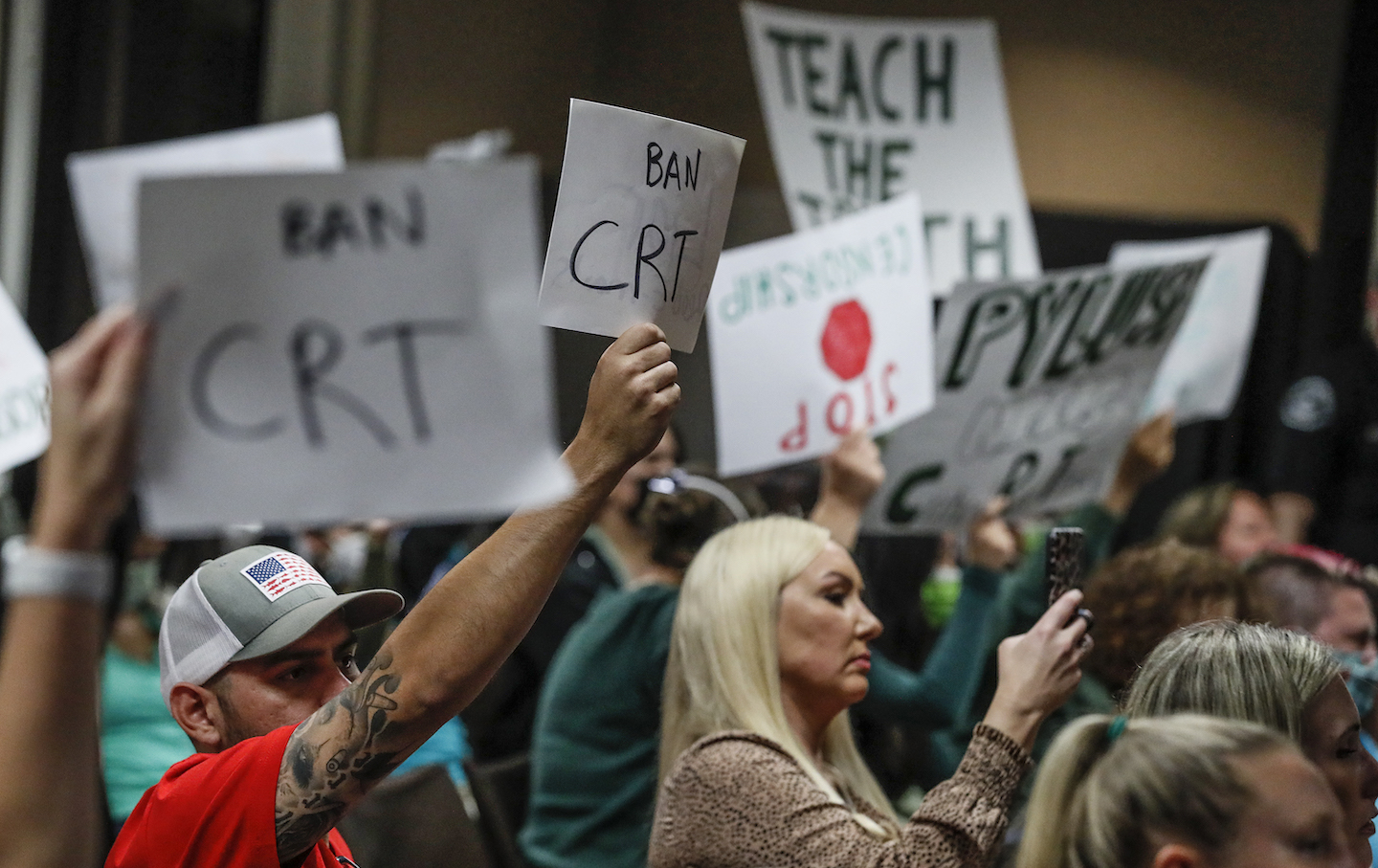 Since the summer of 2020, nearly 900 school districts around the country, covering 35 percent of K-12 students in the United States, have been roiled by campaigns against the teaching of critical race theory.

Those campaigns began shortly after the huge racial justice protests, sparked by the murder of George Floyd, put issues of racial equity centerstage in the American political conversation. They picked up steam as Trump, in the final months of his presidency, accelerated his efforts to exploit any and all white resentments about that shifting conversation. In the year since the election, the GOP has picked up on CRT as its wedge issue du jour, one that its leaders hope will propel them to victory in the 2022 midterms.

Most of the school districts in which the local anti-CRT campaigns have picked up steam share two traits in common: they are racially diverse communities that have, over the past two decades, seen large drop-offs in the percentage of white students as demographic patterns shift; and they are in politically competitive districts where Republicans and Democrats both have a realistic chance at capturing the majority of votes.

These findings are in a just-released report out of California, titled The Conflict Campaign, by two University of California education professors—John Rogers, director of UCLA’s Insti