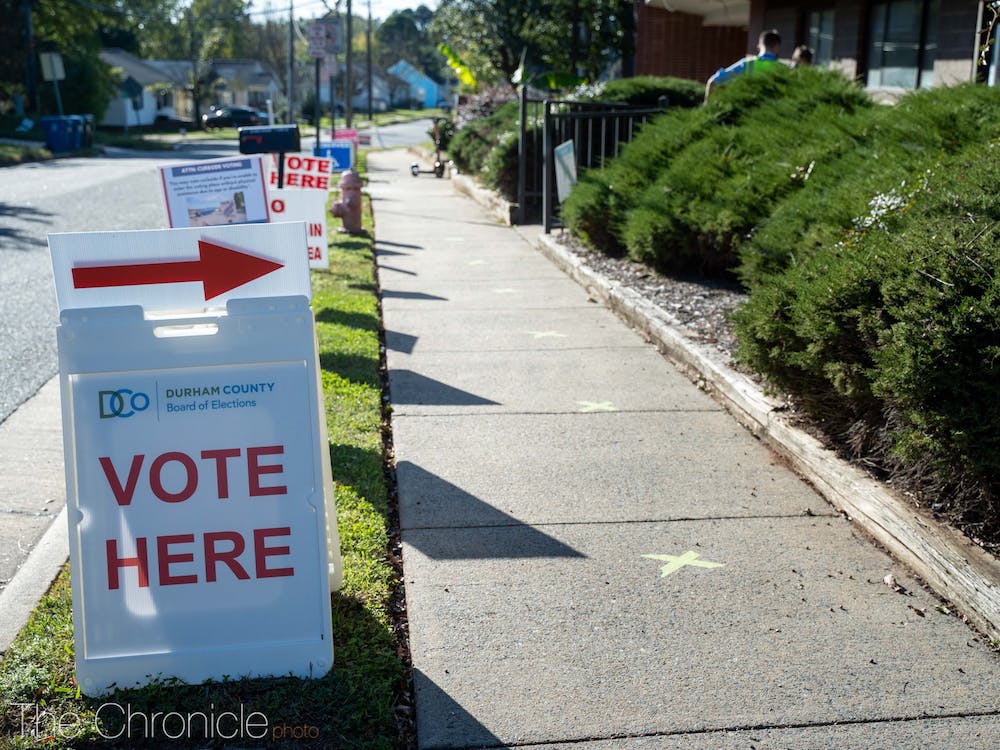 With early voting underway in North Carolina, The Chronicle has pulled together information on national races you will find on the ballot if voting in Durham.

North Carolina has an open U.S. Senate seat without an incumbent and a contested Democratic primary in District 4 for the first time since 1997.

The ballot will also include district court and district attorney races in North Carolina, county offices and non-partisan candidates for the Board of Education.

Two significant retirements have created contested environments for both Democrats and Republicans in the Senate and House races.

Senator Richard Burr assumed office as one of North Carolina’s senators in 2005. He previously represented District 5 from 1995 to 2005. During his 2016 campaign, Senator Burr declared that if he won, he would not seek a fourth term in 2022.

On the Democratic side, longtime Representative David Price announced in October that he will retire at the end of his term, resulting in a contested Democratic primary for the first time in 25 years.

The North Carolina primary is Tuesday, May 17 and early voting continues through 3 p.m. on Saturday, May 14. Voters can use the North Carolina Voter Lookup to verify their voter registration status and find their Election Day polling place and sample ballots.

North Carolina’s 4th Congressional District, which consists of Durham, Orange, Alamance, Person, Granville, and a portion of Caswell counties, is a progressive district. Whoever wins the May primary will have an easy run to a General Election win in November.

Similar to the Republican Senate primary, if none of the eight primary candidates receive more than 30% of the vote, the race will conclude in a runoff election on July 26.