Myers filed as a candidate March 15 and told the News Journal this week that she is building her campaign to “leave no one behind” in the city.

“I decided that this race needs to be about issues, and I don’t see it being about issues,” Myers said. “So that’s why I decided to get into the race.”

Myers is currently the longest-serving active council member as she was elected to the council in 2010, and her final term on the council ends in November. Under the city charter, council members are limited to three, four-year terms.

That experience has given Myers a first-hand look at the implementation of the “strong mayor” form of government that went into effect at the same time she joined the City Council.

Myers said if she’s elected, she’ll be looking to give the council a bigger role in the city government.

“I’m not going to be a person who’s highly invested in keeping this kind of very centralized and almost dictatorial power that the mayor has under our charter,” Myers said.

Myers is not the longest-service council member running for mayor in 2022. Former council member Jewel Cannada-Wynn, who served from 2004-2010 and again from 2012-2020, holds that title. Cannada-Wynn’s campaign has raised more than $12,000 so far.

Five other candidates are also vying for the seat. 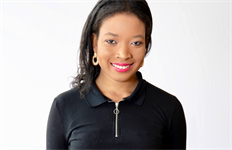 Rules for working with Black speakers during Black History Month. No.1: Pay them – PR Week