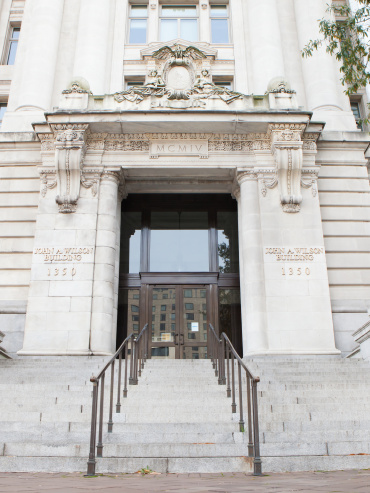 The DC Initiative was formed as a result of the 2015 Roundtable Discussion on Racial Equity and the Role of Local Governments, which brought together DC government officials and staff, nonprofit organizations, academic institutions, and foundations. A collective of nonprofit organization leaders, foundation partners, and DC government leaders organized the roundtable discussion and subsequent actions, operating as an informal coalition to launch the work. Shortly after forming, the Initiative successfully pushed government officials to engage in this work with greater urgency; held training sessions for DC Councilmembers and staff, got a racial equity resolution passed, and spurred cross-administration collaborations among executive branch staff.

As the DC Initiative evolved, the organizers formed a Coordinating Committee of nonprofit leaders to drive the work and continued to focus on two core strategies: building capacity throughout DC institutions (public and private) to address racial equity; and passing legislation that would codify demonstrated practices, such as ensuring the city council would conduct racial equity impact assessments on all legislation. Through this legislative push, we gained a significant supporter base of community based organizations throughout the city who became partners in the Initiative’s advocacy.

The DC Initiative’s ultimate goal is to dismantle structural racism in Washington, DC and create equitable opportunities and outcomes for all DC residents, regardless of race or ethnicity. This means combating anti-Black racism in policy and practice throughout all sectors of the city. We focus primarily on filling the “practice gap” among four key constituencies:

Together we can make racial justice a reality