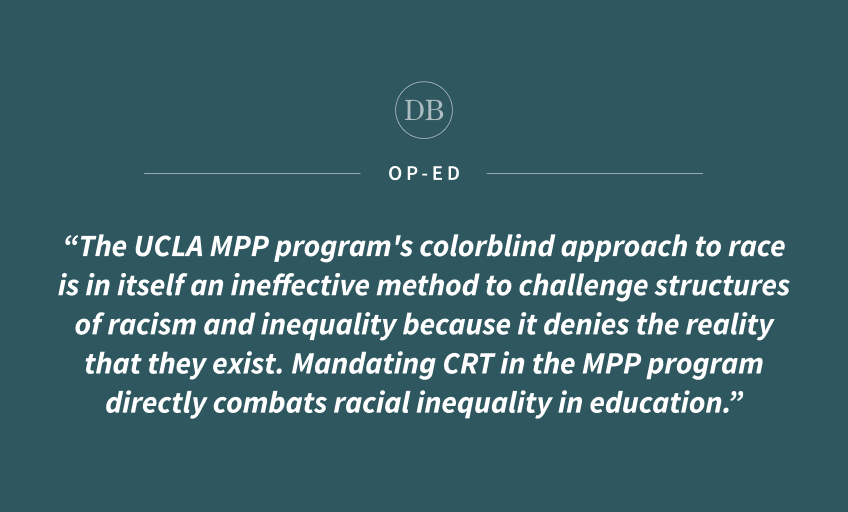 In June 2020, UCLA Chancellor Gene Block and then-Executive Vice Chancellor and Provost Emily Carter penned a letter to the UCLA community amid a national call for racial justice after the viral modern-day lynching of George Floyd. This letter stated that every sector of the university was going to implement changes that would produce lasting advancements toward promoting racial justice. As of March 30, the UCLA Luskin School of Public Affairs has not seen these changes. If it’s serious about advancing racial equity, the Luskin School should immediately implement a Critical Race Theory course requirement for all students in the Master of Public Policy graduate degree program.

CRT was founded by civil rights lawyers and activists as a legal framework to understand racism in the United States. In 1976, lawyer and civil rights activist Derrick Bell theorized that racism was so interwoven into American society that even attempts to dismantle it would lead to new forms of racism that must be addressed differently. This is the foundation of CRT and why it is vital to understand as a public policy graduate student. CRT is needed because this country’s education system is rooted in white supremacy. Therefore, in order to dismantle this, we must

GM took a pledge to be the ‘most inclusive’ company. It’s trying to make it happen – Detroit News 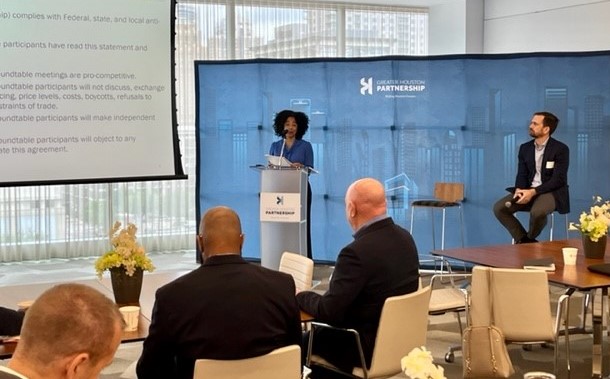 One Houston Together: Member Spotlight on JPMorgan Chase’s $30B Commitment to Racial Equity – Greater Houston Partnership