One Year Later: How the Biden Administration is Doing on Civil Rights and Civil Liberties – EIN News – DC Initiative on Racial Equity
Skip to content Skip to footer

As President Joe Biden and Vice President Kamala Harris took office one year ago this month, the ACLU published a civil rights and liberties wishlist for the new administration. The Biden-Harris White House had its work cut out for them: In the wake of the previous administration, the list of harms to repair was long. But simply undoing bad policy isn’t enough: We called on President Biden to proactively fortify and protect our rights across issues areas, from racial justice, to LGBTQ rights, to immigration.

Here’s a look at what has been accomplished, and the many asks from our list that remain unanswered:

The war on drugs has done nothing to reduce drug use rates. Instead, it has led to the over-surveillance and incarceration of millions, disproportionately Black, Latinx, and Indigenous people. Today, nearly half of the people in federal prison are there for drug offenses, and the federal prison population increased in 2021 for the first time in nearly 10 years. Despite overturning a Trump-era legal memo that would have forced thousands of people back to prison when the pandemic ends and improving implementation of the First Step Act’s earned time credit program, only a bold and transformational approach can tackle the enormity of our nation’s mass incarceration crisis.

We urge the Biden administration to use executive authority to grant categorical clemency to the thousands of incarcerated people serving unjustifiable sentences in federal prison, including under the failed war on drugs. We also urge Biden to push Congress to pass the MORE Act, the EQUAL Act — which would end sentencing disparities between crack and powder cocaine — and the First Step Implementation Act, which would make retroactive the reforms contained in the First Step Act of 2018.

We urge President Biden to issue an executive order to implement policing reforms on the federal level. At minimum, reforms should include: funding community-based alternatives to policing; adopting a use of force standard for federal law enforcement based on the PEACE Act; curbing the militarization of state and local police by stopping the flow of weapons of war from the federal government; and creating strong, fair rules around body cameras.

End private prisons and the use of solitary confinement

We also urge the Biden administration to take action calling for the Bureau of Prisons and the U.S. Marshals Service to end solitary confinement, as well as once and for all ending the use of private prisons. Despite an executive order ending contracts with private prison companies, these persist through “work-around” third-party agreements.

While the ACLU commends the initial step of Attorney General Garland to suspend executions and order a review to fulfill President’s Biden campaign pledge to work for the end of the death penalty, Biden must still commute all death sentences and impose a full moratorium on capital prosecutions.

Ensure that people with disabilities can live in their communities, not in institutions, and support the direct care workforce

In his first year in office, President Biden championed additional funding for Medicaid’s home and community-based services (HCBS) in his Build Back Better plan. But Congress still needs to act. The Build Back Better Act would eliminate the years-long waitlist for home care, raise the wages of home care workers, and ensure people with disabilities are not forced into institutions, especially during the pandemic. The House passed the BBB Act with $150 billion in funding for HCBS, now it’s time for the Senate to follow their lead.

Despite promises to reform our nation’s broken criminal legal system, the administration has yet to take steps to reduce the reliance on armed police in responding to mental health crises or address the mistreatment of people with disabilities in prisons and jails. Some cities are taking steps to reduce interactions with armed officers, but we need nationwide reforms to ensure fewer people with disabilities die at the hands of police.

As students return to in-person learning, we need more action from the administration to ensure students with disabilities are protected in the classroom. This includes enforcing federal disability rights laws to ensure students with disabilities are able to attend school without fearing for their health and safety. Some states have banned schools from requiring face masks, disproportionately harming students at higher risk of severe illness from COVID-19. These bans are discriminatory and illegal. The Department of Education is investigating, but more can be done. 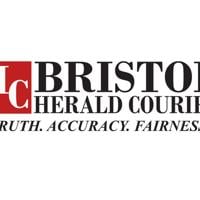