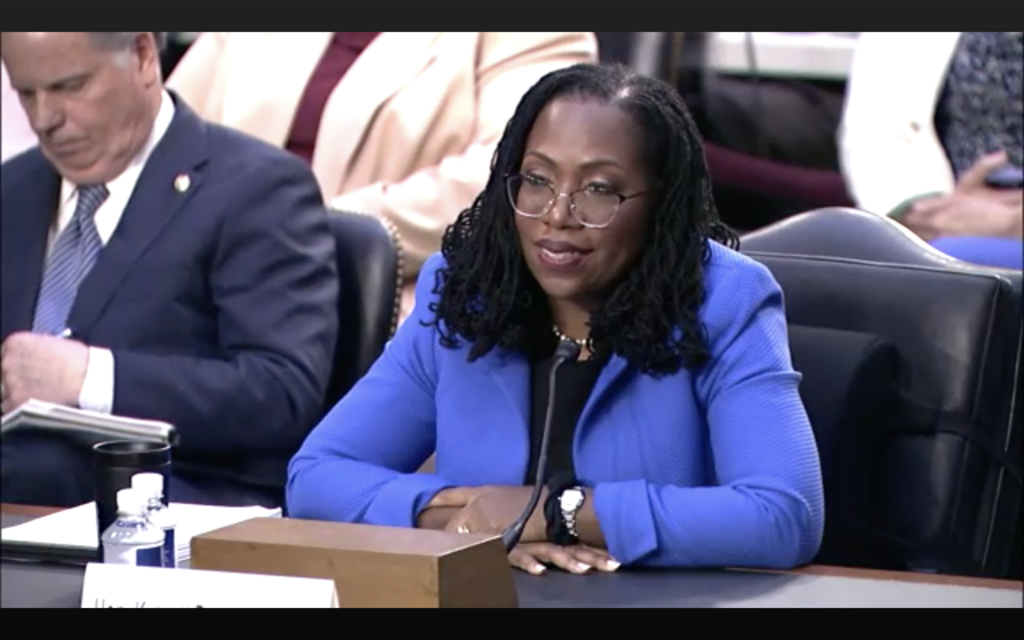 “Are you prejudiced against white people in the South?”

Eastland, a known white supremacist,
could not be clearer in conveying his fears about Marshall and race.

“You have praised the 1619 Project, which argues the U.S. is a fundamentally racist country, and you have made clear that you believe judges must consider critical race theory when deciding how to sentence criminal defendants,” Blackburn said. “Is it your personal hidden agenda to incorporate critical race theory into the legal system?”

Blackburn’s questions, when fact-checked, proved to be as inaccurate as they were inflammatory.

However, Blackburn – and other Republican senators – injected race-baiting into Jackson’s confirmation hearings.

Jackson’s confirmation hearings are scheduled to end on March 24. The entire Senate, which is evenly split between Democrats and Republicans, is expected to confirm Jackson after the proceedings, with Vice President Kamala Harris serving as a tie-breaking vote. It’s also possible some Republicans could vote in Jackson’s favor.

As a constitutional law professor who focuses on the Supreme Court, I find it striking that race has surfaced in such a major way in these hearings, more than five decades after Marshall’s nomination. In some respects, there has been progress on racial equity in the U.S., but aspects of these hearings demonstrate that too much remains the same.