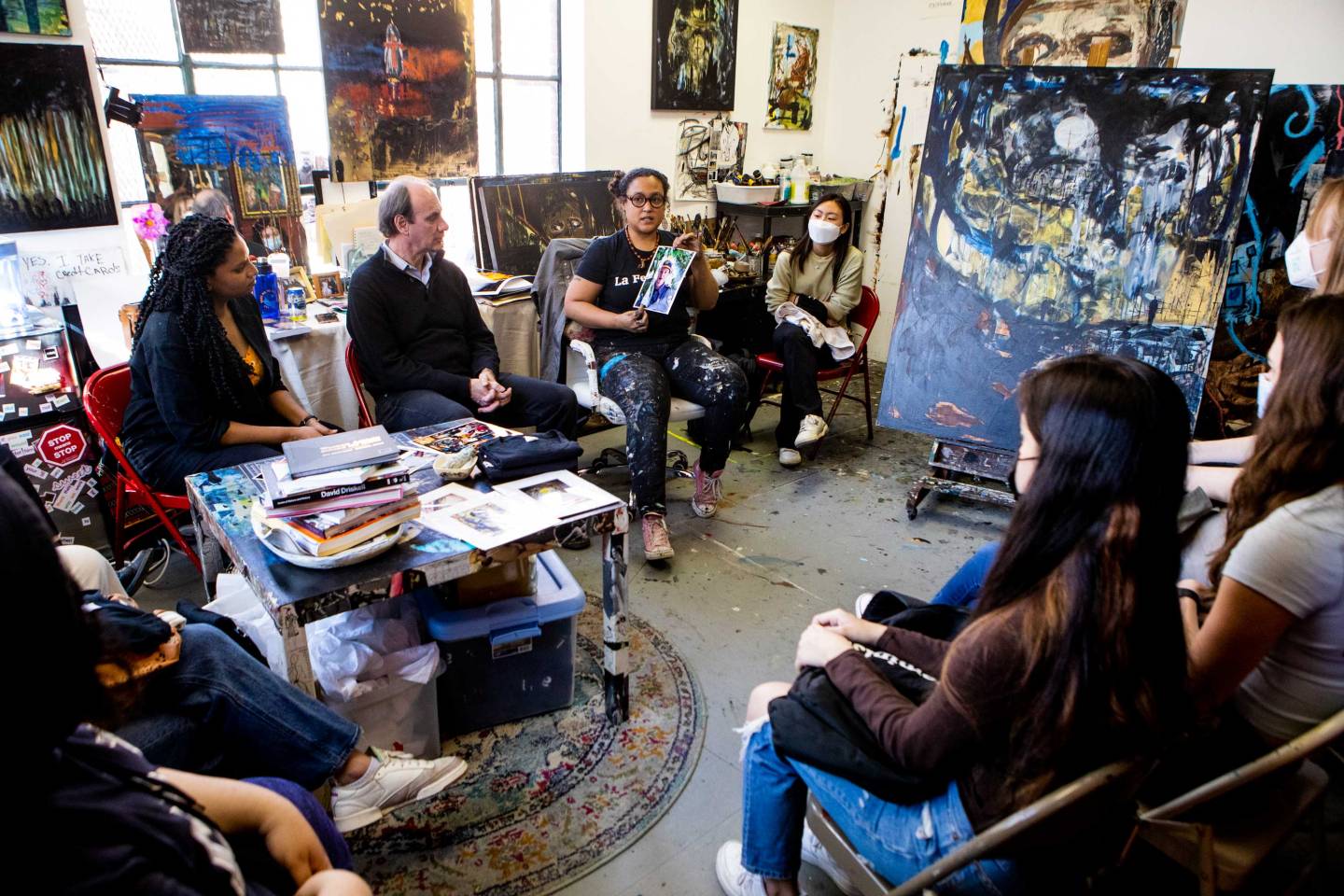 What does activism look like in a theater production, in a painting, or on a graffiti mural?

What does close listening mean? And can it, too, be a form of activism?

This spring, nine Princeton undergraduate students set out to answer those questions and others in a course that explored the vibrant arts scene in Trenton, New Jersey, through the lens of activism.

Students in “Arts in the Invisible City: Race, Policy, Performance” had the opportunity to see a performance of a documentary theater work, “The OK Trenton Project,” at Passage Theatre Company. They visited the studio of Tamara Torres, an Afro-Latina artist whose work addresses women’s rights and racial equity. They took a walking tour of Trenton murals with graffiti artist Leon Rainbow.

Students examined the historical and contemporary racism that has shaped Trenton — the so-called “invisible” city between New York and Philadelphia — in direct conversation with Trenton’s activists, policy makers, politicians and artists. For their final project, students conducted oral history interviews with a range of Trenton artists.

This team-taught course was led by D. Vance Smith, professor of English, and Nyssa Chow, an oral historian and lecturer in theater in the Lewis Center for the Arts and the Humanities Council. It was supported by the David A. Gardner ’69 Magic Project in the Humanities Council. Cross-listed in English, humanistic studies, theater and urban studies, the course is also part of the Program for Community-Engaged Scholarship (ProCES).

D. Vance Smith, professor of English, on the transformative power of listening

Smith is a medievalist who grew up in Africa. He moved to the historic Mill Hill neighborhood of Trenton in 2017, quickly became involved in the arts community and joined the boards of Passage Theatre Company and the Artworks visual arts center. The relationships he has built have allowed him to introduce his students to a diverse array of Trenton art makers. This is the second time he has taught “Arts in the Invisible City” and he hopes to continue to offer it.

I think of this course as an opportunity to practice activism as a kind of close listening with humility. I’m challenging my students to think about the vast differences in economic