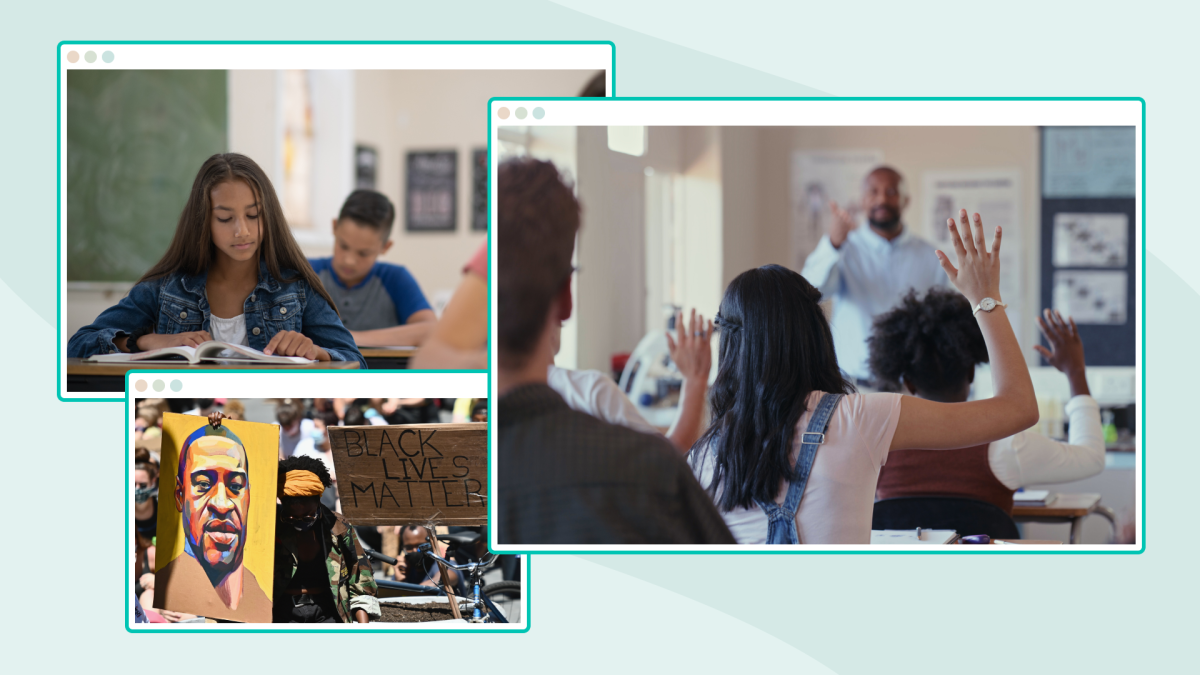 Welcome to the first edition of theSkimm’s Breaking Down the Buzz. We’re shedding light on topics that have stirred up controversy, and giving you the ‘why’ behind the headlines. While ‘positive vibes only’ may be your 2022 motto, it’s important to stay informed so you can make decisions based on the facts — especially as we head toward the 2022 midterm elections.

Up first, we’re breaking down the buzz on critical race theory (CRT) — a decades-old academic concept examining racism that has become highly politicized and put school curricula in the spotlight.

Important context: There’s little to zero evidence that critical race theory is taught in K-12 schools in the US. In one June 2021 survey, about 96% of educators who responded said ‘nope, it’s not required in my curriculum.’ But since Jan. 2021, an analysis found 36 states have taken steps to limit critical race theory or racism and sexism discussions in the classroom. And lawmakers have banned the theory in states where teachers say it hasn’t been taught.

So, what exactly is CRT? And what’s behind all the criticism against the concept? Truth is, there’s a lot of misinformation surrounding the theory. So we chatted with some educators and experts to break down the buzz.

What Is Critical Race Theory?

Critical race theory is a way of thinking about how racism is embedded in US history and its institutions (think: legal and health care systems). The theory dates back to the 1970s and ‘80s, following the civil rights movement. Civil rights lawyer Derrick Bell is often referred to as the godfather of critical race theory. But it wasn’t until 1989 when the term was actually coined — thanks to legal scholar Kimberlé Crenshaw. She’s described CRT as “a way of seeing, attending to, accounting for, tracing, and analyzing the ways that race is produced.”

Regardless of what critics believe about CRT, systemic racism in the US exists. The complex theory looks at how institutional racism can benefit some (white people) and keep others (people of color) at the bottom of society. Like other theories, CRT follows a set of insights or tenets, including that:

Critical race theory has largely been found in higher education like grad and law schools because of its complexity. But the theory is increasingly echoing throughout state legislatures and school boards as a concept that’s being promoted in K-12 classrooms. Conservative lawmakers and opponents have categorized equity efforts or systemic racism lessons as CRT. And believe such efforts are dividing students into “oppressor” and “oppressed” groups based on race — creating division and feelings of shame. However, teachers insist they aren’t practicing the theory. And view equity efforts and race discussions as a way to create inclusivity.

The opposing narratives about CRT have created confusion and debate among communities about what CRT actually is and isn’t. And the theory has turned into a triggering phrase among lawmakers and families about how schools talk about history and race relations. But contrary to critics’ beliefs, CRT is not the same as diversity and inclusion training and isn’t meant to create shame. So now, the question is how did t