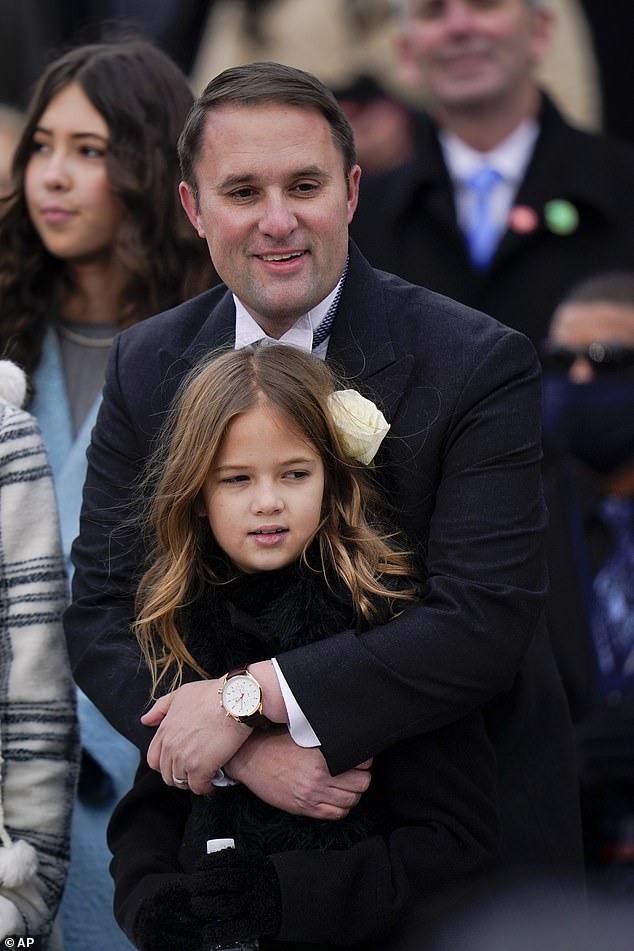 Youngkin pledged to ‘restore trust in government and to restore power to the people’ after he was sworn in to office Saturday and quickly put pen to paper to introduce a host of executive orders.

Within hours of taking office, the governor issues nine executive orders and two executive directives that saw him rescind a vaccine mandate for all state employees.

He also stated that parents must be the one’s to decide whether their children wear masks in schools.

School districts will be able to keep mask recommendations in place, but parents can choose not to follow them.

‘The way that Virginia works is that the governor cannot ban mask mandates. Schools make those decisions. We will in fact, then, also make sure that schools allow parents to exercise their rights for what’s best for their children, to opt-out of those mandates,’ he explained.

‘Executive Order Number One delivers on his Day One promise to restore excellence in education by ending the use of divisive concepts, including Critical Race Theory, in public education,’ the release from Youngkin’s office read.

‘Executive Order Number Two delivers on his Day One promise to empower Virginia parents in their children’s education and upbringing by allowing parents to make decisions on whether their child wears a mask in school,’ the release continued.

In a statement on the executive orders, Youngkin added, ‘The work is only beginning.’

‘The important steps we are taking today begins the work of restoring excellence in education, making our communities safer, opening Virginia for business and reinvigorating job growth, and making government work for the people, and not the other way around,’ he said.

The repeal of the mask mandate may well be challenged in court given that it contradicts a law passed by the state’s General Assembly which requires schools to take measures recommended by the Centers for Disease Control and Prevention to prevent the spread of the coronavirus.

Virginia is not the only state to ban the teaching of Critical Race Theory – several others have already done so.

‘This denies our students the opportunity to gain important facts, core knowledge, formulate their own opinions, and to think for themselves,’ the order reads. ‘Our children deserve far bet

22 to watch in 2022: These Worcester area individuals could be key players in the new year – Worcester Telegram