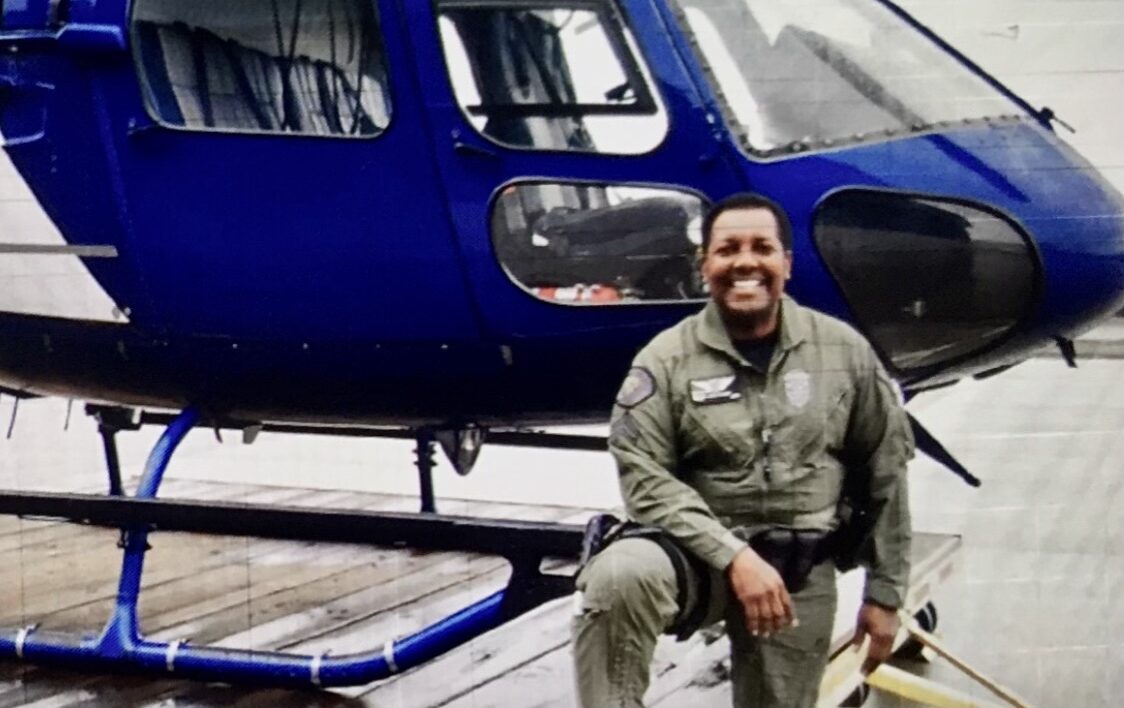 From the age of 12, Mike Colbert knew he wanted to be a police officer or a pilot. Eventually, he became both.

After volunteering as a teen Police Explorer in Huntington Beach, he joined the Long Beach Police Department in 1989 and went on to serve as the only Black helicopter pilot in the Air Support Unit’s 53-year history.

If a Long Beach resident heard the LBPD’s “Fox” helicopter buzzing above in the past two decades, there was a good chance it was Colbert up in the sky.

Colbert loved his job. Friendly and outgoing, he was a promotional face for the Air Support Unit and often took civilians and media along for helicopter rides. But behind the scenes, Colbert now says, his life in the elite unit was much darker.

Over the years, Colbert says he experienced frequent harassment, including racial slurs and jokes from his fellow officers that ranged from offhand comments on the color of his skin to overt and intentional acts of racism.

In one incident, he says his chief pilot supervisor displayed a hand-drawn “blackface” sketch called “Mr. POPO” in his office cubicle. In another incident, he says, someone placed bubble wrap around the headrest of a shared office chair to prevent Colbert’s hair from touching it.

By the time he retired in October 2019, Colbert was ready to start a new chapter, but he said the pain of what he had endured stuck with him and he had trouble sleeping.

In December, he filed a racial discrimination lawsuit against the Long Beach Police Department—a decision he says was one of the toughest of his life.