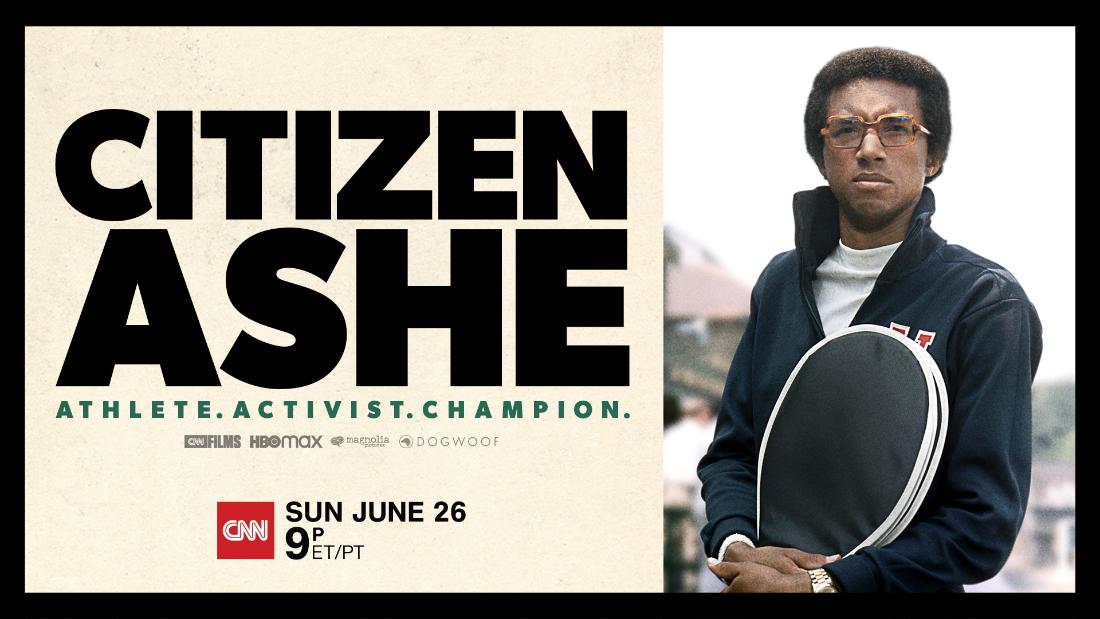 (CNN)The CNN Film “Citizen Ashe” explores the enduring legacy of tennis great and humanitarian Arthur Ashe, tracing his personal evolution from sports legend to global activist. His own words, and those closest to him, reveal his quiet determination to “use what he had to do what he could.”

Directors Rex Miller and Sam Pollard explore the enduring legacy of tennis great and humanitarian Ashe in a feature documentary as elegant, meaningful, and poignant as the life he lived.

Ashe’s widow, brother, friends from his childhood in Richmond to his Grand Slam tournament playing and coaching days, as well as confidantes that nurtured his personal evolution from sports legend to global activist, describe the key events that shaped Ashe’s quiet determination to ‘use what he had to do what he could.’ We see Ashe as a young, college student excelling at UCLA, as well as his military career at West Point. The film also details his visit to South Africa as an anti-apartheid activist accompanied by Ambassador Andrew Young, where Ashe spent most of his time in Soweto with young, Black, South Africans.

HOW TO USE THIS GUIDE

This guide is designed to help you navigate conversations about your thoughts, emotions, questions, and reactions to the film. It contains information about the film, resources for further learning, and discussion questions to deepen your understanding of the legacy of Ashe and his continued impact, along with the change-makers who are making a difference in the world today. We encourage you to utilize this guide to deepen your own engagement and impact, and examine how you too, can make a positive difference where you are.