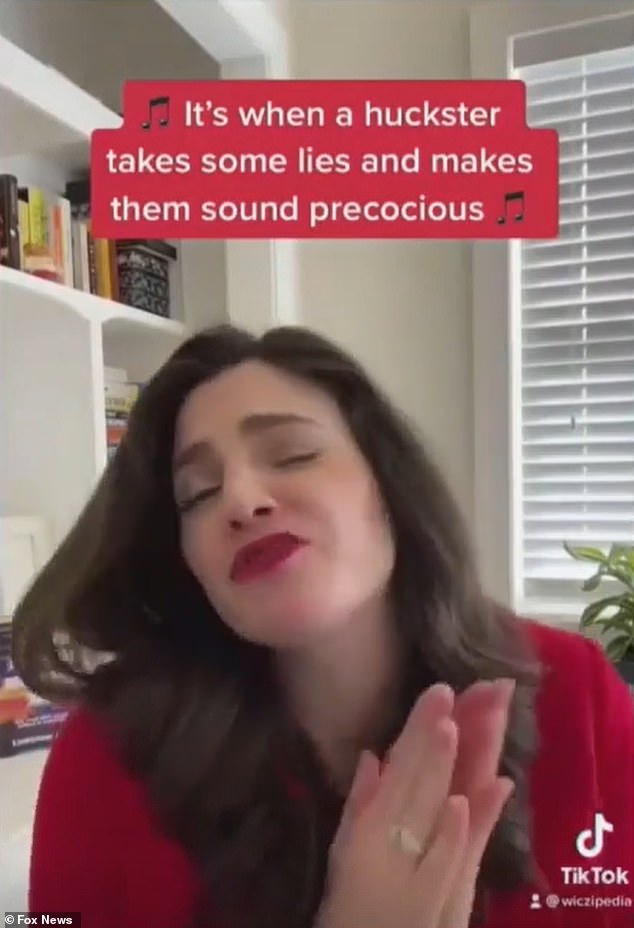 Joe Biden‘s new ‘disinformation czar’ dismissed concerns about Critical Race Theory in schools as ‘disinformation for profit’ – despite parents across the country being worried about the teaching of the philosophy in their children’s classrooms.

Nina Jankowicz, a disinformation expert who has worked throughout Eastern Europe, was hired on April 27 to lead a Homeland Security Department working group designed to help its different agencies in dealing with disinformation on topics ranging from migration to plots from Russia and Iran.

But her appointment has angered Republicans.

The Republican National Committee dubbed the committee she heads ‘Ministry of Truth’ in a nod to George Orwell’s novel ‘1984,’ and raised fears that the group will deem as disinformation ‘any speech we don’t like.’

Other critics have seized upon her past comments – noting that she described Hunter Biden’s laptop as ‘the laptop from hell’ and echoed the opinion of national security experts at the time that the laptop was part of a Russian influence operation.

It has since been confirmed by multiple news organizations, including DailyMail.com, as authentic.

On Wednesday, a clip from a November 2021 address to The City Club of Cleveland was circulated online, which showed Jankowicz downplaying concerns about CRT.

Nina Jankowicz is pictured in November 2021, giving a lecture and taking questions at The City Club of Cleveland. She was asked about CRT, and said it was a ‘weaponization of emotions’

Opponents of the academic doctrine known as Critical Race Theory protest outside of the Loudoun County School Board headquarters, in Ashburn, Virginia, in June 2021

Protesters and their children are seen outside the Loudoun County government center in Leesburg, Virginia, on June 12, 2021

One man in the audience said that Republicans were using Critical Race Theory to divide people, and asked her: ‘How do you get people to understand and go beyond the headlines?’

Critical race theory, or CRT, is a legal framework taught primarily in law schools which claims that racism is embedded in American political and social institutions.

Conservatives have taken to using the phrase as a way to describe lessons on racism and ‘equity’ across all grade levels – and have criticized the theory for claiming that the U.S. is built on racial animus, with skin color determining the social, economic and political differences between people.

CRITICAL RACE THEORY: WHAT DOES IT MEAN?

The fight over critical race theory in schools has escalated in the United States over the last year.

The theory has sparked a fierce nationwide debate in the wake of the Black Lives Matter protests around the country since the murder of George Floyd in May 2020, and the introduction of The 1619 Project.

The 1619 Project, which was published by the New York Times in 2019 to mark 400 years since the first enslaved Africans arrived on American shores, reframes A