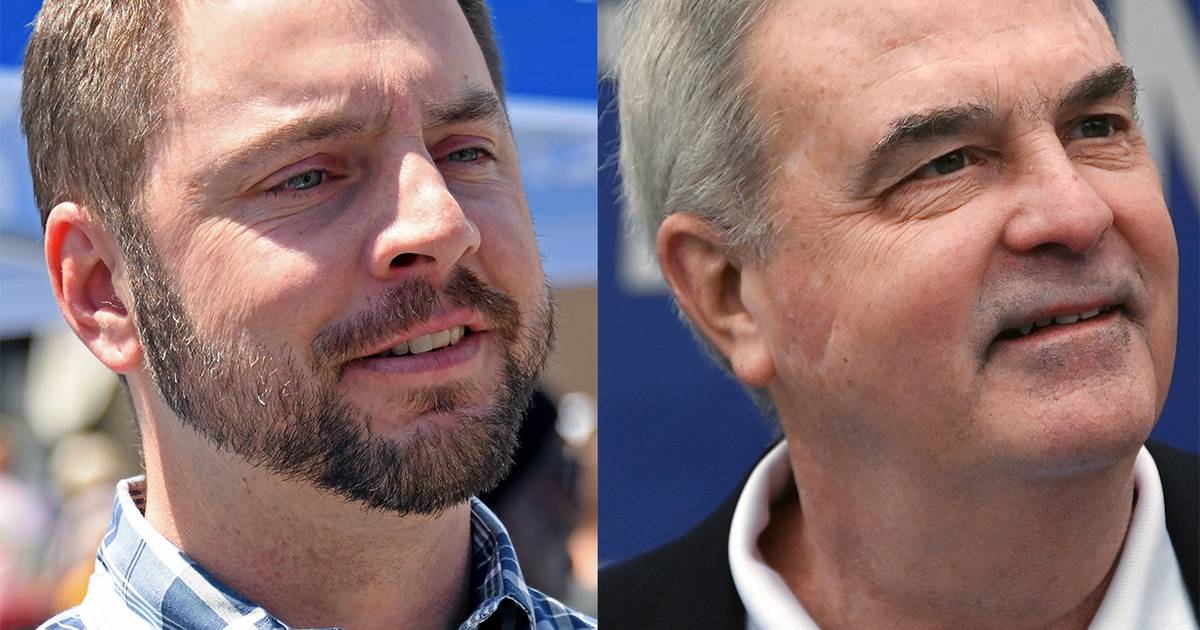 Baltimore County State’s Attorney Scott Shellenberger hasn’t faced competition from another Democrat since being elected in 2006. Now that he’s seeking a fifth term, his primary challenger wants to put his record from all those years under the microscope.

Robbie Leonard has criticized Shellenberger on a range of topics as he tries to unseat the county’s top prosecutor, from the local homicide rate to the incumbent’s handling of sexual assault and police shooting cases. Whether county Democrats want a new approach is a central question in the July 19 primary.

“People know we need a change,” Leonard said. “Can you say that we’ve had success when in two out of the past three years, we’ve had a murder record in Baltimore County?”

An attorney in private practice and former public defender in Baltimore, 40-year-old Leonard is secretary of the Maryland Democratic Party and previously represented children in lead-poisoning lawsuits.

Shellenberger, 63, is emphasizing his prosecutorial experience and tough-on-crime stance. He began his career as a clerk in the state’s attorney’s office — eventually becoming chief of the child abuse and sexual assault division — before joining the Peter Angelos law firm, where he represented people exposed to asbestos.

“This is not a place to learn on the job,” Shellenberger said of leading the state’s attorney’s office of more than 60 lawyers. “This is a huge responsibility.”

The winner of the Democratic primary will face either Deborah Hill, 60, an attorney in private practice and Cockeysville resident, or James A. Haynes Q&A: What tech firms can do to grow their Black workforce – Computerworld