A year into its COVID-19 vaccination program, Minnesota has made progress on racial disparities – MinnPost – DC Initiative on Racial Equity
Skip to content Skip to footer 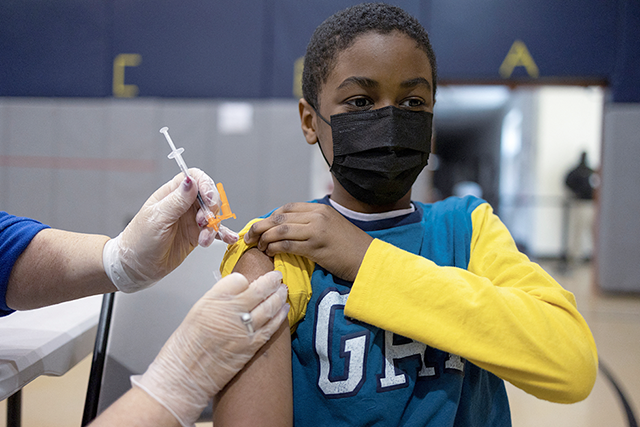 One year ago, Minnesotans had recently endured the state’s first big wave of COVID-19 hospitalizations and deaths. Shots had just been made available to people over 65, but less than 10 percent of the state’s population had received a first dose.

When data were released that  showed who those first vaccinations were going to, they revealed stark disparities by race and ethnicity, with eligible Minnesotans identifying as white more likely to have been vaccinated than Minnesotans of other races and ethnicities.

A year into the vaccine roll out, things are looking better, with most racial and ethnic gaps in vaccination slowly closing, but experts say there is still much work to do.

As of this week, 73.6 percent of Minnesotans age 5 and older have received at least one dose of a COVID-19 vaccine against COVID-19.

As far as what the rates look like by race and ethnicity, data from the Minnesota Department of Health show Minnesotans identifying as Asian and Pacific Islander have, by far, the highest rate of vaccination. That’s followed by white Minnesotans.

A disparity in vaccination rates in Minnesota’s white and Hispanic and Black populations has shrunk, gaps remain. Meanwhile, bigger gaps persist between white Minnesotans and American Indian and multiracial Minnesotans.

Proportion of population (age 5+) with at least one vaccine dose by race and ethnicity, July 2021 vs January 2022

California’s racial inequality: What can state do with $31 billion? – CalMatters