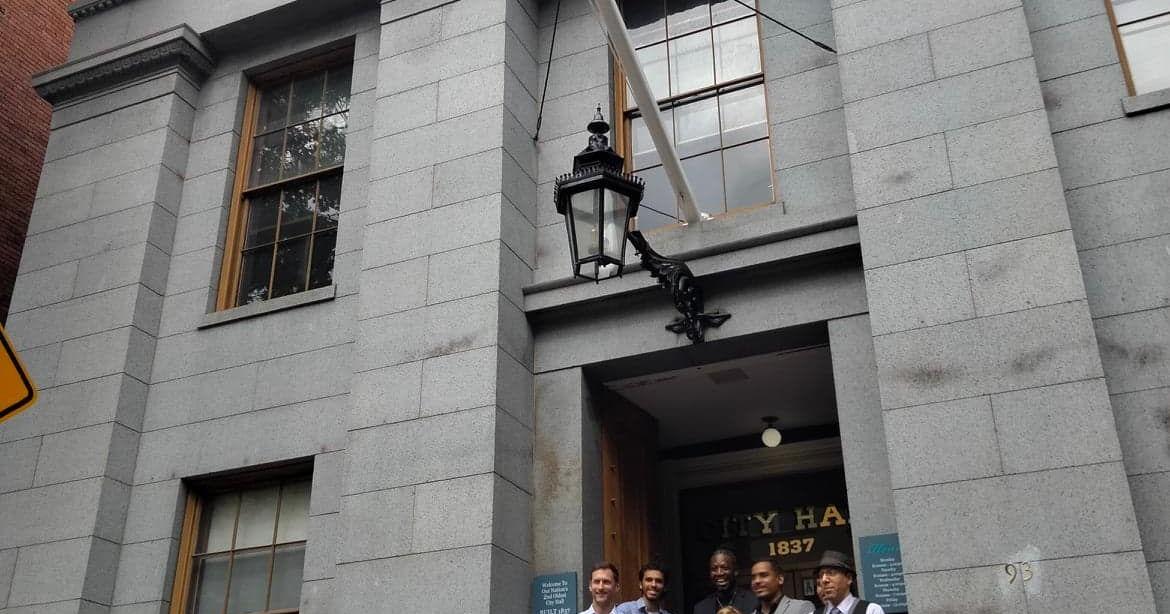 When City Councilor Leveille McClain spoke on the steps of Salem City Hall during the city’s Juneteenth flag raising Saturday afternoon, he was in a very different position than he was a year ago during the same celebration.

In 2021, McClain attended the event as a citizen in search of inspiration and education, he told the crowd Saturday. He had been thinking about what he could do in his community to make a difference, especially for folks who looked like him.

This year, McClain stood before the crowd as the first Black city councilor in Salem’s history.

“We’ve come through an incredible few years here, between COVID and a massive racial awakening going on in our country. and I thought that when we got here today, we’d be in a little bit better shape,” McClain said. “In some ways, we are. But in some ways, it’s still very heavy.”