2021: We coped with COVID, and life went on – Addison County Independent – DC Initiative on Racial Equity
Skip to content Skip to footer In 2021 we were all dealing with the same stuff we were dealing with in 2020 — face masks, social distancing, checking our temperature, watching the COVID-19 case count rise and fall and rise again. Once again the pandemic was a dominant feature of life in Addison County this year. But even on the public health front there was some good news, as COVID vaccines became widely available and businesses, schools and other public institutions found ways to offer more services than they had during the previous year.

And life beyond the mask continued as public and private sectors offered lots of stories that had nothing to do with microbiology. We present this look back to help you bring to mind the big stories and some of the smaller ones.

In the opening days of 2021, a great deal of local attention was focused on the national stage.

COVID-19 vaccines had received emergency approval from the U.S. Food and Drug Administration and were on their way, which was welcome news in the middle of a post-holiday infection surge, including 100 cases at Victory Baptist Church in Waltham.

On Jan. 6, eyes turned toward Washington, D.C., where supporters of President Trump, who had been defeated at the polls in November by Joseph Biden, stormed the U.S. Capitol building seeking to prevent the vote from being certified. During the attempted coup, Trump supporters waged pitched battles with law enforcement, made threats against Vice President Mike Pence, House Speaker Nancy Pelosi and other elected officials, and vandalized federal property.

In the Green Mountain State, local police departments and the Vermont State Police were on high alert following the announcement that similar rallies were being planned for each of the U.S. state capitals. At least one local activist expressed support for the attempted insurrection.

Thankfully, similar violent events did not materialize in Vermont.

Closer to home, school closure had become a hot topic as districts continued to struggle with declining enrollment and rising costs.

In an effort to prevent their elementary school from being closed, voters in Ripton approved a plan to withdraw from the Addison Central School District. A similar measure in Weybridge was defeated on the same day. RIPTON RESIDENT ANZA Armstrong and scores of other Ripton residents were asked if their town should withdraw from the Addison Central School District. The referendum passed, 163-107.
Independent file photo/Steve James

Elsewhere in the county, residents of Lincoln, Starksboro and other towns in the Mount Abraham Unified School District were pressing Superintendent Patrick Reen for information related to the long-range facilities plan he had unveiled in December. The plan called for, among other things, consolidating five of the district elementary programs into two schools and merging with the Addison Northwest School District.

In Vergennes, a new city manager was hired. Ron Redmond would take over for interim Renny Perry, who had moved into the position after the resignation of Dan Hofman the previous November.

Meanwhile, COVID continued to bear down on local communities. During a statewide spike in the middle of the month, Vermont logged more positive cases over a five-day period than it had during the first six months of the pandemic combined.

By that point, health care workers and residents of long-term care facilities around the state had started to receive vaccines.

Vermont began administering vaccines to the general public on Jan. 25, starting with residents who were age 75 or older.

Hoping the state had rounded a corner on the pandemic, Gov. Phil Scott eased restrictions on school and recreational sports, including the resumption of outdoor ski team competitions. Practices that had previously been limited to contactless skills and conditioning drills could now be expanded to include limited contact drills and intra-squad scrimmages. BETHANIE FARRELL IS on pace to give out 1,000 free meals to hungry Addison County folks by the end of this month. Her charitable effort is called the Giving Fridge, which sells donated plants, flowers, honey and other items to raise money for meals that are prepared by local restaurants, using a lot of local ingredients. Independent file photo/John Flowers

But the pandemic continued to wreak economic havoc on local communities. With that in mind, the Better Middlebury Partnership, along with other economic development organizations and Middlebury College, announced a new program called “Kick Start,” which they hoped would spur new businesses in downtown Middlebury by providing tens of thousands of dollars to entrepreneurs who wanted to start downtown businesses.

The future was looking far less bright for the 19th-century New Haven Junction Train Depot, near the intersection of Routes 7 and 17. Faster passenger trains would soon be traveling those tracks and the depot would block their sightline, state transportation officials said. It had to be moved or torn down. Local residents scrambled to find a new home for the depot — and the money to move it.

Confronted with the Ripton withdrawal vote, an ongoing pandemic and other complications in the middle of budget season, the ACSD board hit pause on a facilities master plan that had been expected to recommend closing one or more district elementary schools. The board hoped to revisit the plan in the summer. As January turned into February more good news emerged for some of the businesses that were finding it hard to stay afloat during the pandemic. An anonymous “distant angel” donated $300,000 to the Congregational Church of Middlebury, which was to administer it for the relief of Middlebury-area restaurants and farms that had been hurt by the pandemic.

Just a few clicks down Main Street from the Congo Church, the Middlebury selectboard approved a plan to use $50,000 in unspent economic development funds to help the Better Middlebury Partnership with its Kick Start campaign for downtown businesses, which aimed to provide $10,000 grants and other supports to prospective businesses whose proposals won out in the coming competition.

The picture was less rosy for houseless local families and individuals who during the winter months had fewer shelter options to choose from. In Middlebury, for instance, Vermont Department of Health COVID restrictions had reduced the capacity of the Charter House Coalition’s warming shelter from 40 to 23. Statewide, more and more of those in need were being placed in motels and hotels.

Meanwhile, folks in Montpelier and just about every farming community in the state were looking toward the future with the release of the Vermont Agriculture and Food Systems Strategic Plan, 2021-2030. The plan laid out 15 strategic goals to increase sustainable economic development, improve the environment and working landscape, increase access to healthy food for all Vermonters, and improve racial equity.

Local athletes and sports fans got a boost mid-month after Gov. Phil Scott gave high school sports competitions the green light and the Vermont Principals’ Association extended the winter sports season until March 27, which would allow for eight-game seasons for hockey and basketball — though no spectators would be allowed at games.

February in Vermont isn’t the best time of year for local restaurants to begin with, but as with everything, the pandemic was making things worse. Thankfully, a number of state and federal grants began making their way into our food service communities. Restaurants would likely continue to struggle, but maybe now they could survive.

As Town Meeting Day approached, Starksboro residents were not only discussing the important issues of the day but also saying goodbye to a longtime public servant. Town Clerk Cheryl Estey was retiring after serving the community for nearly 40 years. When Estey started working for Starksboro in 1983, smoking was still allowed in the town office, she recalled.

LIKE MANY RESTAURANTS operating in the COVID-19 pandemic, Cubbers in Bristol limited its services to takeout, which required fewer staff and staff hours. Still, with the help of federal and state relief grants, the cherished downtown eatery — like many in Addison County — has been able to cut fewer employees than it otherwise would have.
Photo courtesy of Cubbers

More good news on the economic front came out of Montpelier later in the month. As school districts began holding their annual meetings and explaining their forthcoming spending plans, state officials announced that the Vermont Education Fund turned out to be healthier than anticipated, the result of additional federal funding and higher than expected sales tax revenues.

The new numbers meant that some school districts would need to quickly revise the information they shared with voters, but it was good news nonetheless.

The COVID-19 pandemic made annual Town Meeting Day more complicated than usual — and for the first time in Vermont history “you’re muted” found its way into the lexicon of annual informational meetings, many of which were conducted via Zoom. But the forces of democracy won out as local residents voted by mail or in person to approve town and school budgets (all of them), elect local officials and decide various ballot measures.

A special item appeared on the ballots of six Addison Central School District towns: Should the district allow Ripton to withdraw? All six towns answered yes, and Ripton’s plan advanced to the State Board of Education for consideration. Also on Town Meeting Day, four area communities — Middlebury, Salisbury, Vergennes and Brandon — voted to “opt in” to the possibility of retail sales of recreational cannabis, which had been made possible by the state legislature the previous October. The reality of retail recreational cannabis was still a ways off, however — with the first non-medical-dispensary licenses slated for 2022.

With COVID still making inroads into our communities and threatening the more vulnerable among us, Addison County Home Health and Hospice took to the road, traveling around the county administering COVID vaccines to homebound folks and other at-risk populations.

At the same time, Helen Porter Rehabilitation & Nursing and the Patricia A. Hannaford Career Center were collaborating to offer aspiring Licensed Nursing Assistants (LNAs) free tuition and a paycheck during the period of their studies. P 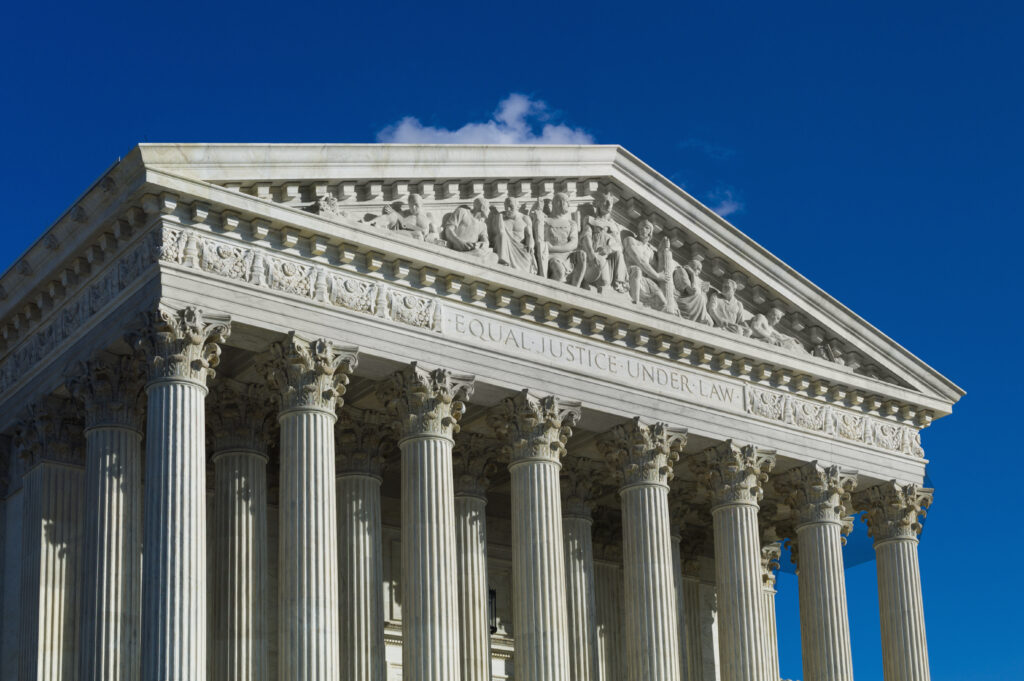 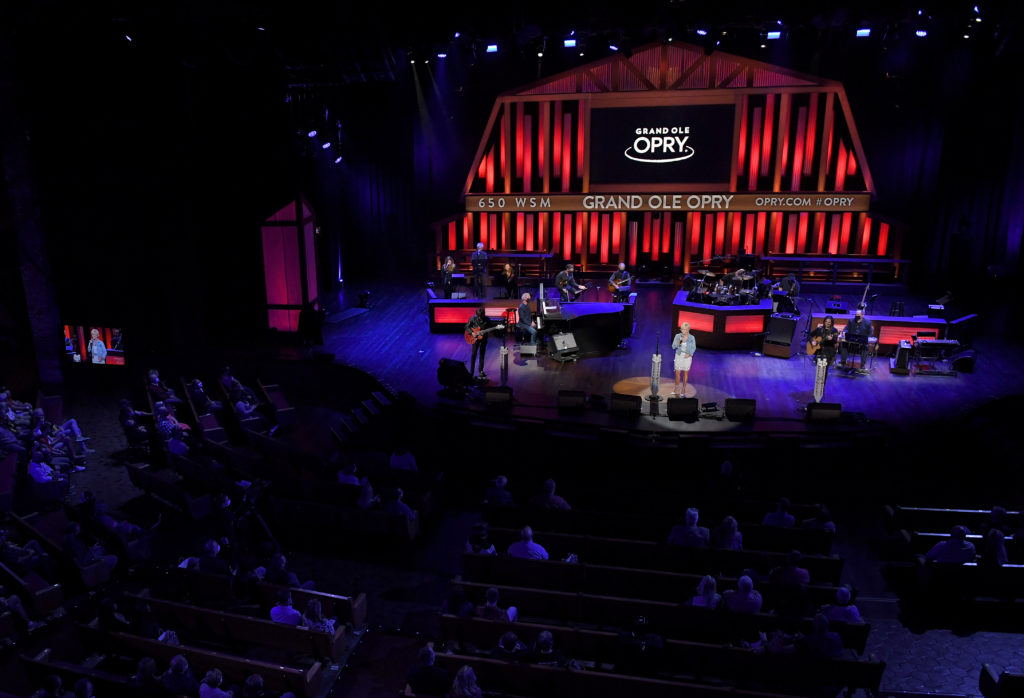